From the following press release on the Spindrift Racing website:

The wait is over for Spindrift racing. On stand-by since the beginning of June, Dona Bertarelli, Yann Guichard and the rest of the team will abandon their attempt to break the Crewed North Atlantic Record on August 15th and prepare to sail home to France. Since their arrival in Newport, an unusually powerful anticyclone located at high latitudes has starved them of any opportunity to take on the record. There is no time to relax, however, and Spindrift racing must now focus on the Route du Rhum-Destination Guadeloupe, which will depart from Saint-Malo on November 2nd. Technical staff in Newport are already hard at work, configuring Spindrift 2 for single-handed racing to ensure that everything is ready for Yann Guichard to set sail alone.

Few records have been attempted more often than the North Atlantic crossing. To sail from New York to Lizard Point in less than 3 days and 15 hours requires both an experienced crew and an exceptional machine such as Spindrift 2, combined with ideal weather conditions. “For a multihull to achieve such a feat on this route, you need a depression that crosses the ocean at the same speed as the record so that you can ride ahead of it on a flat sea,” explains Richard Silvani, a Météo France meteorologist who is Spindrift racing’s onshore route-planner. “This summer’s weather has made any record attempt impossible,” he says. “The anticyclone located at 50 degrees north, directly above our intended route, has prevented depressions from crossing the ocean between America and Europe. Even today’s 10-day forecasts predict no change in the situation.” 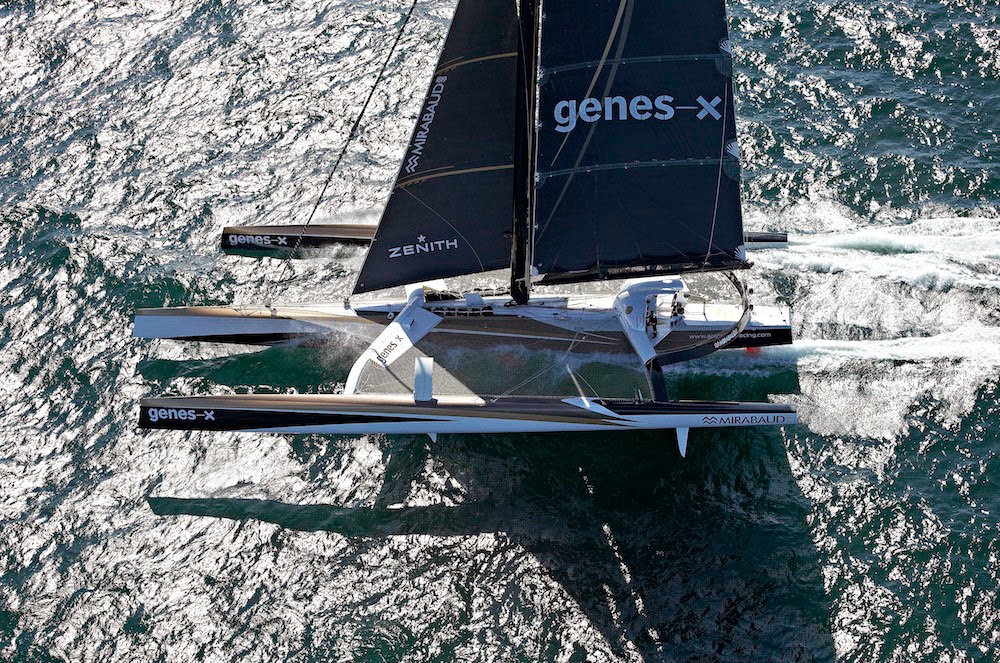 Posted by Owen Corley McKenzie at 10:43