From the following article on Sailing Anarchy:

Well, that didn’t take long! Lending Club CEO Reynaud LaPlanche has only had his VPLP trimaran Lending Club for a few weeks, and he’s already set his first passage record. Look for some serious records to fall over the next 6 months thanks to this youthful and enthusiastic Franco-American billionaire. Project Manager and skipper Ryan Breymaier tells the story exclusively for you Anarchists…Mark Lloyd photos (except the last one, credit Quin Bisset) with galleries over here, and be ready for the LC’s next assault – the ages old Newport-Bermuda passage record – coming far sooner than you think.

About 15 minutes after our start in 20 knots of breeze upwind, JB Le Vaillant looked at me and said “We should turn around, go back and put all the sails up and start over!” I was tempted to agree with him as we found ourselves with the J2 and 2 reefs in the main upwind in 12 knots, tacking towards the Needles. 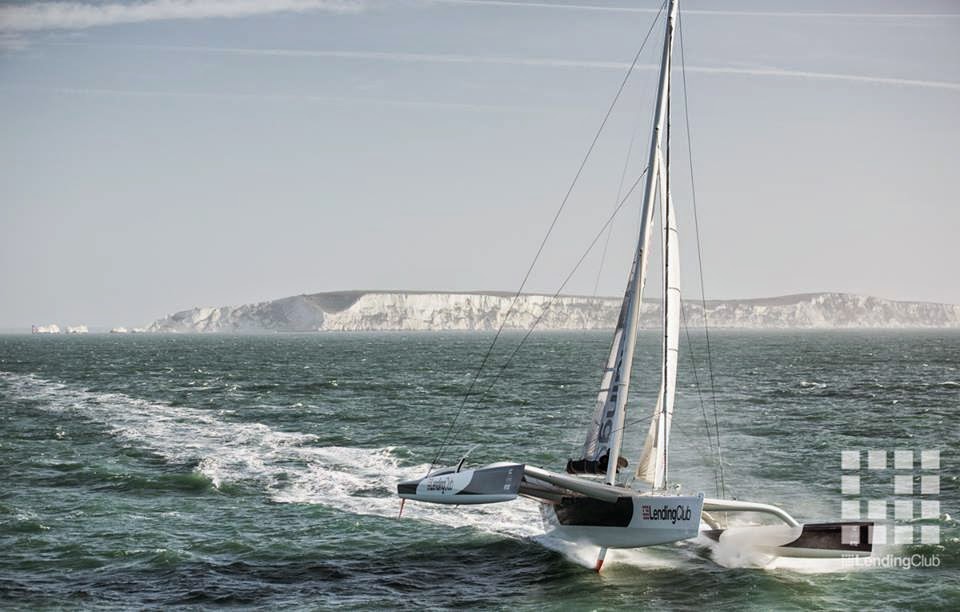 Posted by Owen Corley McKenzie at 14:53