From the following press release on the Spindrift Racing website:

http://www.spindrift-racing.com/2014/10/francais-yann-guichard-et-spindrift-2-dans-les-starting-blocks-a-saint-malo/
- The maxi-trimaran Spindrift 2 arrived in Saint-Malo this morning, docking at the Gare Maritime.
- Yann Guichard feels in great shape and is ready to go.
- Information about Spindrift racing’s activities in the race village.
- How to follow Yann Guichard and Spindrift 2 during the race.

Never in the race’s 36-year history have there been so many competitors and so many huge trimarans. The 10th edition of the most famous single-handed transatlantic yacht race is already rewriting the record books. A record 91 sailors were in Saint-Malo this Friday for the opening of the official village, in the shadow of the city walls. As happens every year, large crowds will line the docks of the Breton city for the race start on Sunday, November 2nd. Perhaps the record 2 million visitors in 2010 will also be broken. What we can say for certain is that, at 40 metres long, Spindrift 2 will be the largest boat ever to compete in the race. You might think the skipper, Yann Guichard, was crazy, but the 40-year-old has every confidence in the preparations made by his team to make the maxi-trimaran competitive when raced by a single yachstman. Yann is driven by his competitive spirit, and is all set to do battle. 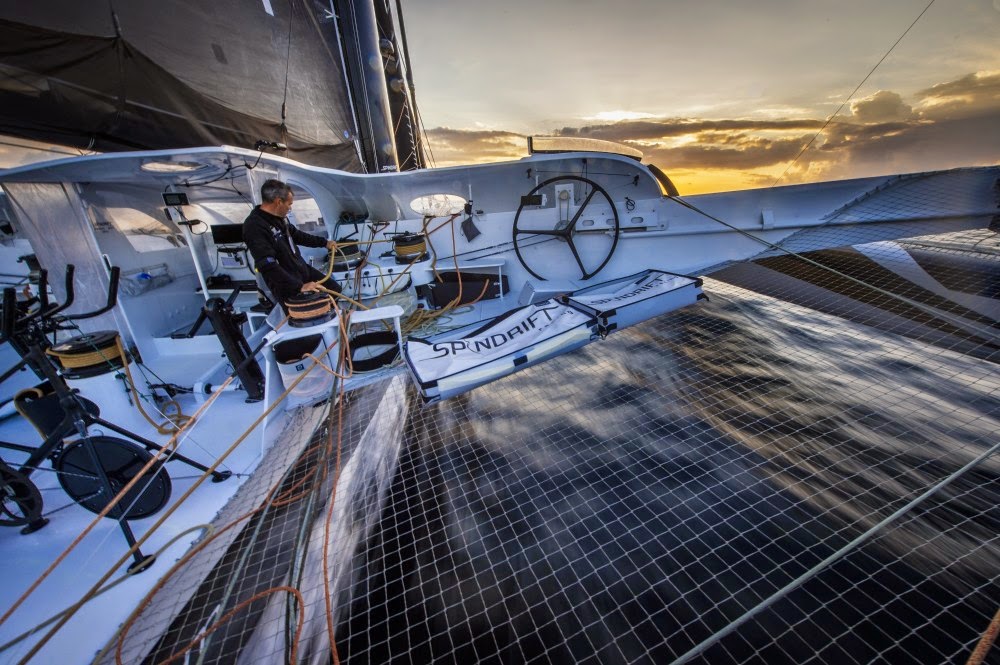 Posted by Owen Corley McKenzie at 08:04